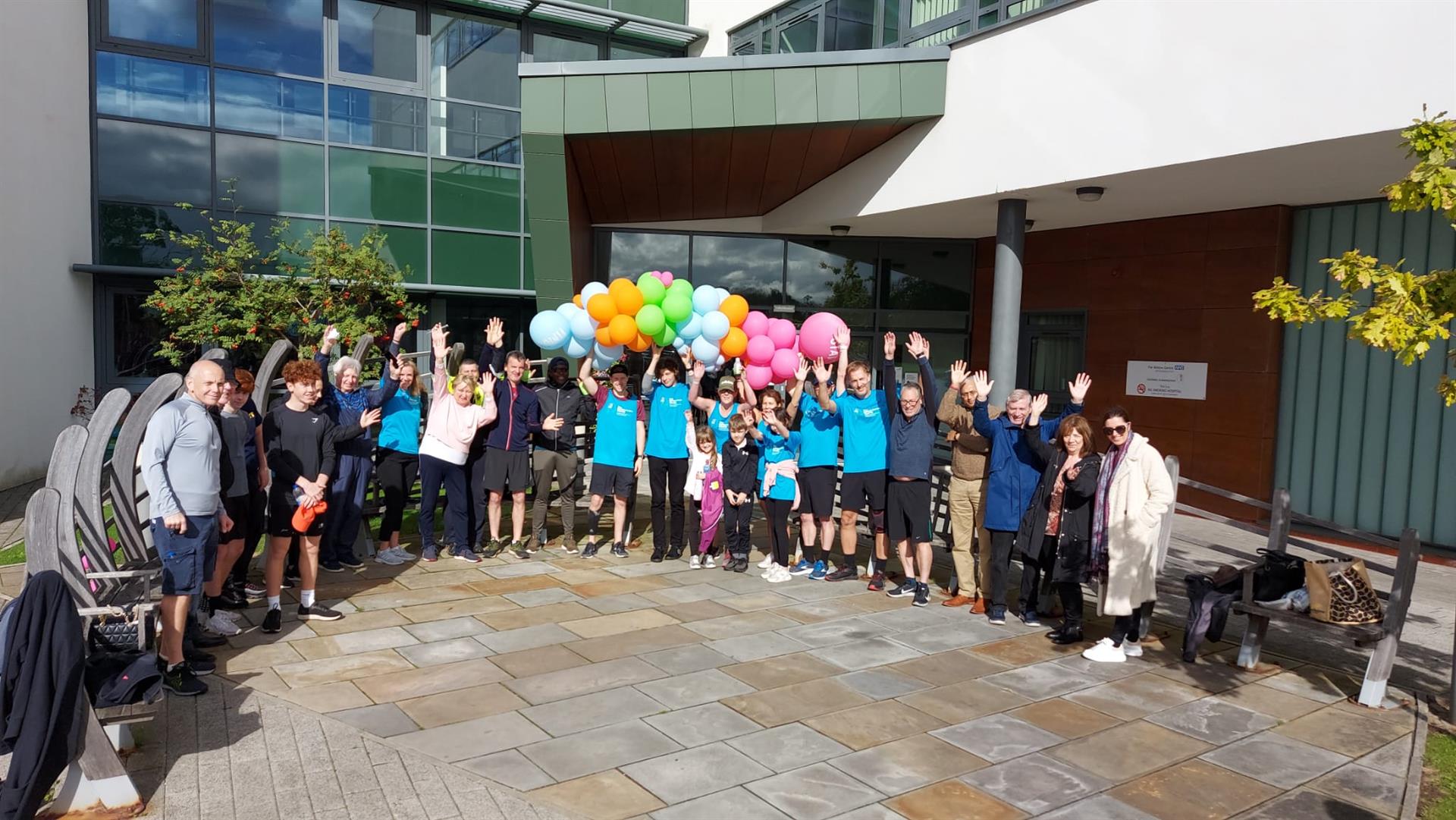 Staff and supporters from The Walton Centre have raised over £10,000 for The Walton Centre Charity as part of this year’s Virgin London Marathon, supporting excellence in neuroscience, and patient treatment and care.

A Walton Centre team, spearheaded by Chief Executive Jan Ross, completed a bespoke course around the streets of Liverpool on Sunday as part of the Virtual Virgin London Marathon, raising over £6,000 for the Home from Home relatives’ accommodation at The Walton Centre where relatives can stay after a patient has been admitted for urgent treatment

It’s the first time The Walton Centre Charity received places in the event.

Jan Ross, Chief Executive, said, “It was a massive challenge but absolutely worth it, to raise money for this fantastic cause. The Home from Home service ensures the families of our patients can stay in a safe environment, close to their loved ones. I’m very proud to be raising money to support this – it’s such a vital service for the hospital. I’m feeling very tired and sore today, but I can’t thank everyone enough for their support, either at the start and finish, along the route, or through their donations. It means an incredible amount to me and the rest of the team.”

A number of ‘Fresh Leg’ supporters, including Medical Director and Deputy Chief Executive Dr Andy Nicolson, and Deputy Medical Director Dr Sacha Niven, joined each of our runners for a mile or two along the route and spur them along, providing much needed support at various points of the course.

Fran Redmond, 25, is a former patient of The Walton Centre and took part in the Virtual Virgin London Marathon to say thank you to the hospital that saved his life.

In August 2016, after two weeks of headaches, insomnia and dizziness, he was diagnosed with an acute subdural haematoma and subarachnoid cyst. He said, “Thanks to the incredible work of The Walton Centre, hours in the operating room at the hands of my consultant Ms Catherine McMahon and the incredible clinical teams I was able to have my haematoma successfully treated.

“I cannot thank the staff at The Walton Centre enough for what they did for me, as without them I would genuinely not be here today. The road to recovery was a long one and I will never forget what happened and how that changed my entire life. I have two lovely scars on my head to forever remind me of the sanctity of life, how precious life really is and of the incredible work The Walton Centre.

“I’ve done some other runs to raise money for the Charity so being part of the London Marathon team felt like a natural step to say thank you to the hospital that saved my life, and support others like myself in their time of need.”

We also had two runners, Simon Thomas and Marie Garnett who ran their own courses as part of the Virtual London Marathon. Simon sandwiched the 26.2 miles around Widnes in the middle of the Great North Run and the Alton Towers half marathon as part of a triple challenge raising money in memory of his late family friend Spen Webster who received treatment at The Walton Centre for a brain tumour.

Marie ran a marathon on Sunday after learning to walk again following her diagnosis with a brain tumour in 2015, less than six weeks after giving birth. She spent more than a month at The Walton Centre and underwent three brain surgeries

Finally, one of our supporters travelled to London, raising money for The Walton Centre where her youngest brother is recovering from open brain surgery in late September. Ali Young completed her 10th London Marathon to thank The Walton Centre for all they’ve done for her brother who was treated for two brain aneurysms and a bleed on the brain.

Thank you to all our runners, what an amazing effort by every single one of you and the money raised will benefit so many of our patients. Thank you also to all the people who came out to cheer on our runners and volunteer as marshals, ‘Fresh Leg’ runners, and helping our runners prepare for the big day.

For more information about how to get involved in The Walton Centre Charity visit thewaltoncentrecharity.org