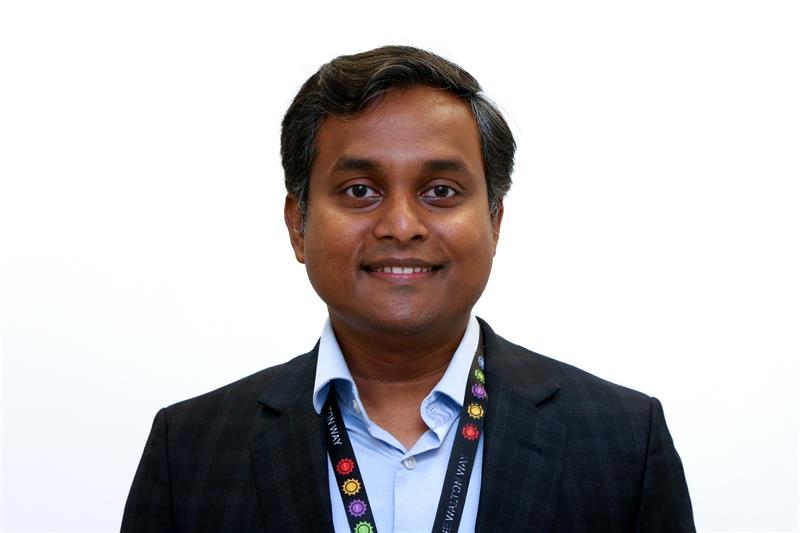 He was appointed Consultant Neurologist at The Walton Centre in 2014 where he is part of team delivering the Movement Disorder service. He has a weekly Movement Disorder clinic at The Walton Centre with a focus on Parkinson’s disease, Atypical Parkinsonism, Tremors, Ataxia and Dystonia. He is involved in advanced treatment for these patients including deep brain stimulation, botulinum toxin and Apomorphine injections. He has a general neurology clinic at The Walton Centre and Whiston Hospital where he manages patients with general neurological conditions including peripheral nerve disease, muscle disease, multiple sclerosis, memory disorders, movement disorders, headaches, epilepsy, neuro-genetics, neuro-immunology, neuromuscular disorders, neuro-ophthalmology and sleep disorders .

He is involved in a number of clinical trials in Parkinson’s disease at The Walton Centre.

As an Honorary Clinical Lecturer at Liverpool University, he is actively involved in teaching undergraduate medical students. As a Royal College Tutor, he oversees the training of postgraduate doctors at The Walton Centre NHS Foundation Trust and as Educational Lead for IMT (Internal Medical Training) under the Health Education England (NW) he arranges and oversees the teaching and training of the medical trainees within the Deanery.

Providing specialist advice, support and education for patients, and their carers, who have Parkinson’s disease and related disorders