Non-executive directors are appointed by the Council of Governors for a term of three years, at the end of this period non-executive directors are eligible for re-appointment up to a maximum of nine years. Other terms and conditions of appointment such as remuneration are the responsibility of the Council of Governors as detailed in the Trust’s Constitution.

The directors have collective responsibility for setting strategic direction and providing leadership and governance.

The Board is balanced and complete, having an appropriate mix of skills and experience in the areas of finance, operational management, governance, law, education, medicine, clinical research and nursing. There is a clear separation of the roles of the chair and chief executive, which are set out in writing and reviewed on an annual basis. 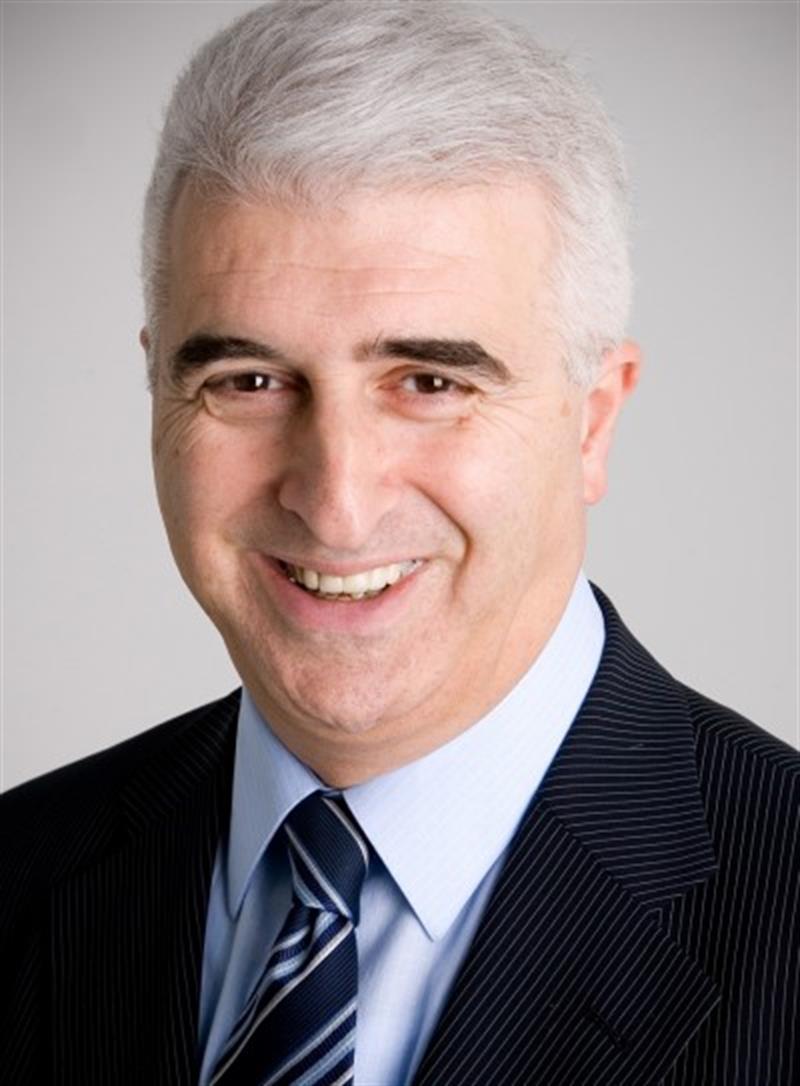 Max has extensive experience across business, innovation and industry, most recently eight years as Chief Executive of Liverpool Vision where he oversaw award-winning participation in the World EXPO Shanghai and was instrumental in securing the first UK International Festival for Business, in Liverpool in 2014. He has served on a number of other boards, including Liverpool John Moores University European Institute of Urban Affairs. In August 2015, Max was appointed Chairman of the Roy Castle Lung Cancer Foundation, and in December 2018 Chair of the Board of The ACC Liverpool Group. 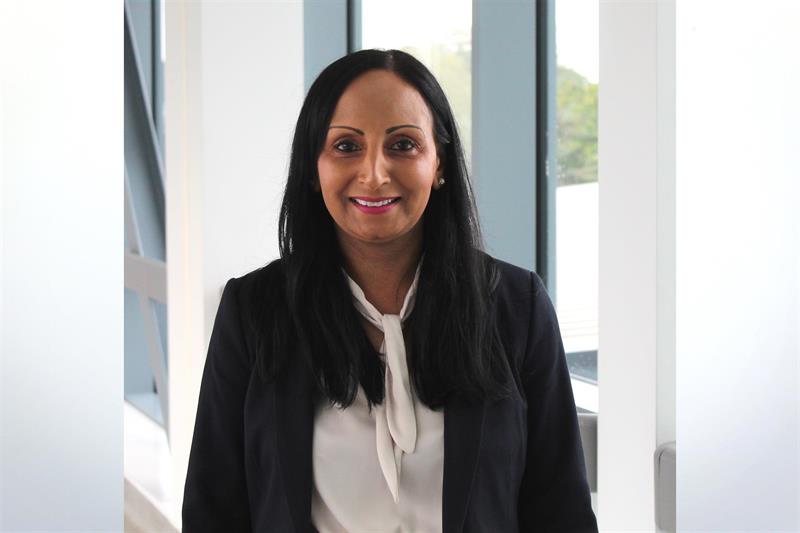 Su Rai is a chartered accountant in practice and established her own firm, Raise Associates, in 2010. Previous to that Su worked with international accountancy practices. In 2012 she became a Non-Executive Director and Chair of the Audit Committee at St Helens and Knowsley Teaching Hospitals NHS Trust.

Other roles have included senior positions at KPMG and Audit Partner in Horwarth Clark Whitehill, and Mazars Accountants. Su has also undertaken a number of voluntary roles, including working with a mental health charity for young people.

Su was appointed Deputy Chair at The Walton Centre in November 2022. 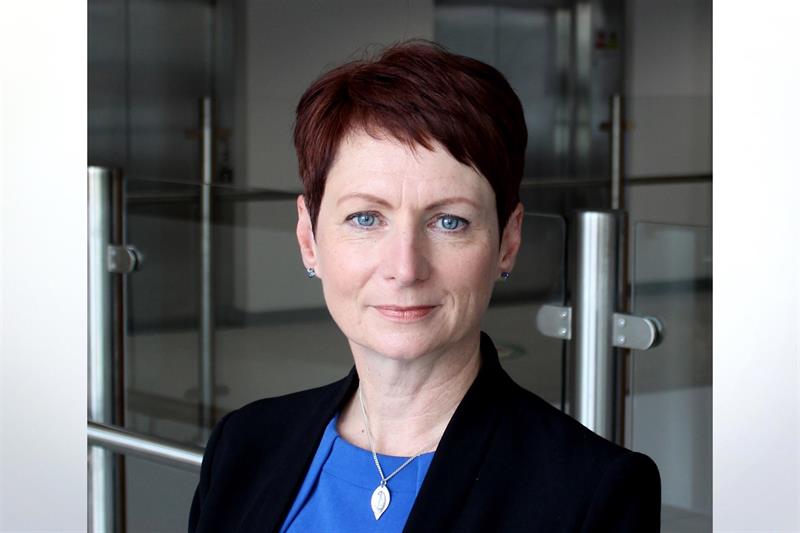 Karen is a transformation consultant and executive coach who established her own firm, Kinetic People Limited, in 2008. Karen's early career was in HR with Co-operative Financial Services, where she ultimately led on the people aspects of large change projects across the insurance and banking business. In Karen's consultancy work she has supported a wide variety of clients through complex change in diverse industry sectors.

Karen latterly held senior in-house roles in the energy sector as Head of Change at Inenco and Change Director at Electricity North West. She also has 12 years' voluntary experience on the board of a national not-for-profit organisation which champions the human rights of people with learning disabilities. 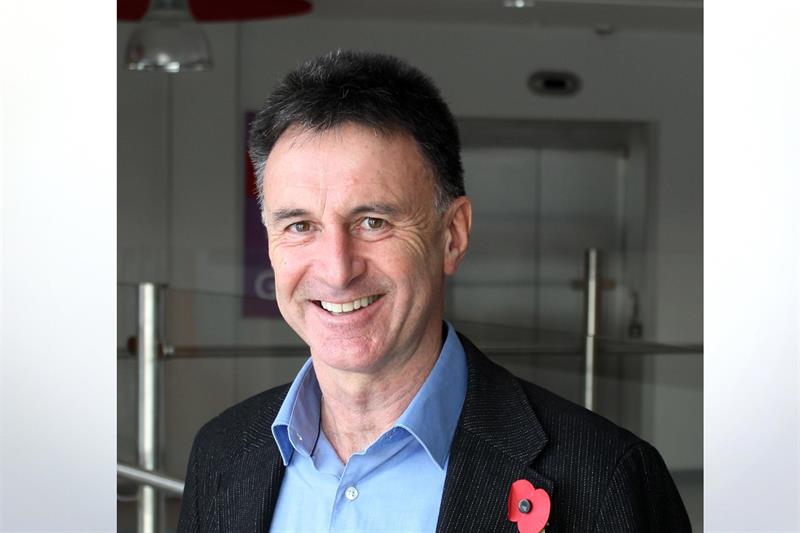 David is a chartered chemical engineer with 37 years of manufacturing experience in the chemical industry, mainly with Royal Dutch Shell. Amongst various senior leadership responsibilities, he has served as a Non-Executive Director within joint ventures and a large trade association, where he chaired the audit committee and a technical committee.

David has a number of voluntary roles, including as a street pastor and a debt counsellor within a community-based debt advice centre. 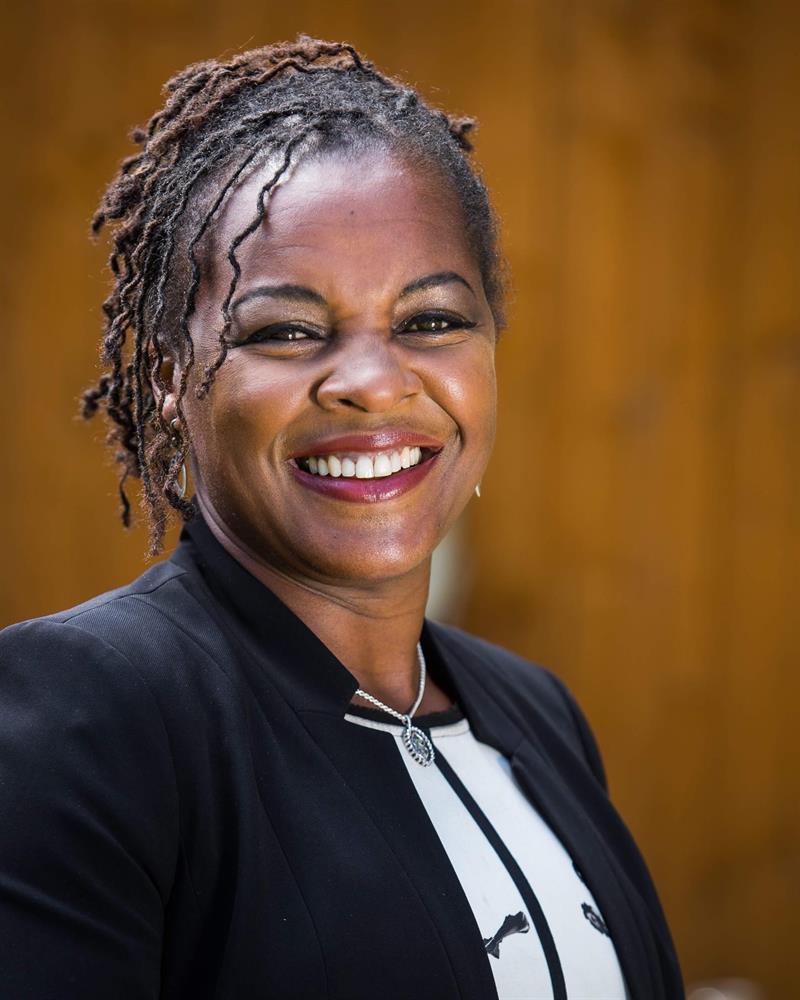 Irene Afful joined The Walton Centre as a Non-Executive Director in January 2023. She has extensive experience working in a multi-agency capacity, spending 25 years with Merseyside Police Service. There, she created and delivered the Phoenix Leadership Programme, a positive action initiative aimed at increasing recruitment of minority groups to the police service. During her career, Irene also became the first black female Detective Inspector with Merseyside Police Service, and took on roles including being instrumental in re-establishing and chairing the Black Police Association and as Female Vice President of the National Black Police Association.

After retiring in 2016, Irene became an award-winning businesswoman, delivering a coaching and consultancy service, supporting organisations in attracting and retaining under-represented groups in leadership, community engagement and personal coaching. 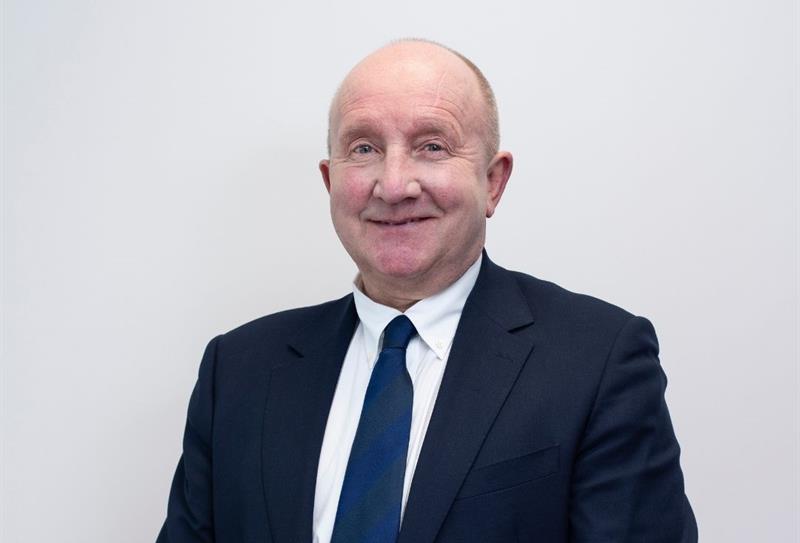 Paul was appointed as Merseyside’s first Paediatric Neurosurgeon (based at the old Walton Centre Rice Lane site) in 1991 after training in London, Dundee, Sheffield, Birmingham and Toronto. He established the paediatric neurosurgical service in Alder Hey and brought supraregional specialist craniofacial services to the city in 1997. He remained in active neurosurgical practice at The Walton Centre until September 2021.

He has served as the first Chair of the Neurosurgical Clinical Reference Group for NHS England and from 2013 to 2019 chaired the Trauma Programme of Care Board for NHS England. In 2016 he was elected as President of the Society of British and Irish Neurosurgeons, the first from Liverpool in the society's 100-year history. In January 2020 he was appointed as Director of Clinical Academic Development  to the University of Liverpool and is currently the National Clinical Lead for Adolescent and Paediatric Neurosurgery in the GIRFT programme. 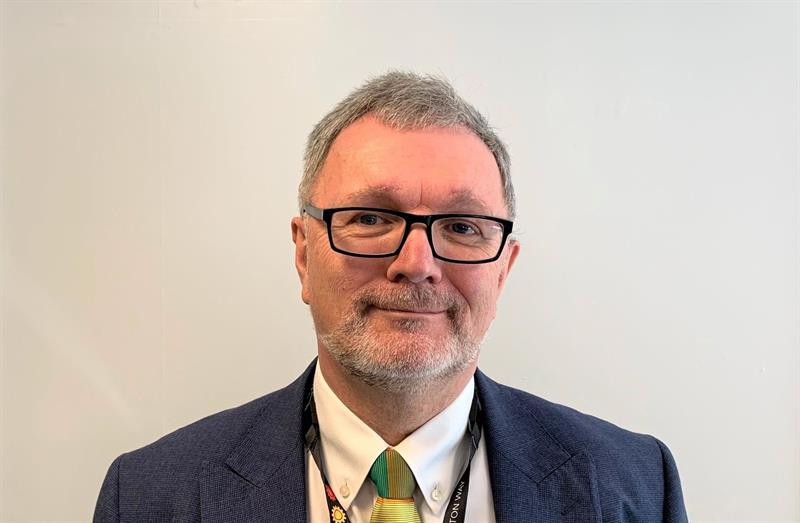 Ray is a Registered Nurse (Adult and Mental Health) with over 40 years of operational and strategic experience in a diverse number of roles across the NHS, the Department of Health, Health Education England and the university sector. He has held a number of senior positions including Executive Director of Nursing at Mersey Care NHS Foundation Trust and Chief Nurse for the North of England at Health Education England. Whilst in his leadership roles he actively contributed to shaping the national nursing agenda as a Member of the Prime Minister’s Commission on the future of nursing and as chair of the national safe, sustainable, and productive staffing guidance (mental health) 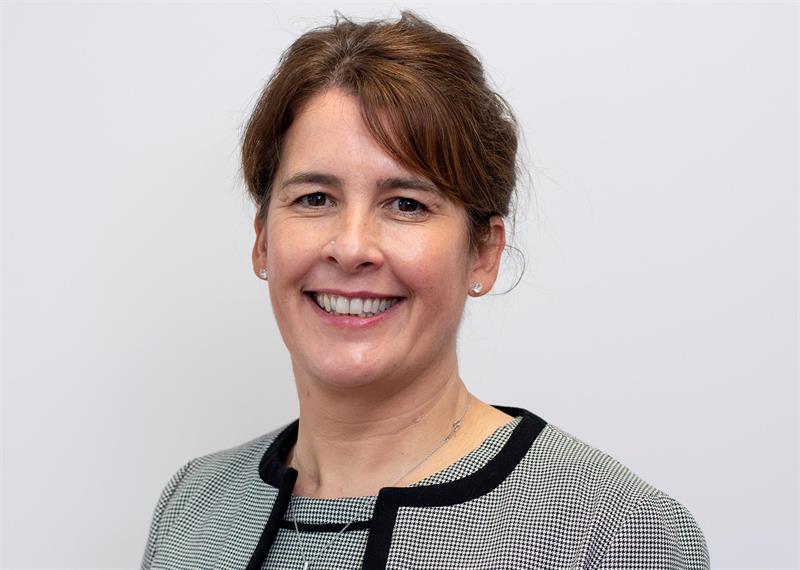 Jan has over 30 years' experience working in the NHS after qualifying as a nurse in 1995. She joined The Walton Centre in November 2018, as the Director of Operations and Strategy, following similar roles at Southport and Ormskirk Hospital NHS Trust, Warrington and Halton Hospital Teaching Hospitals NHS Foundation Trust and Royal Liverpool and Broadgreen University Hospitals NHS Trust. Jan has a passion for delivering extremely high standards of care through highly skilled and capable people. 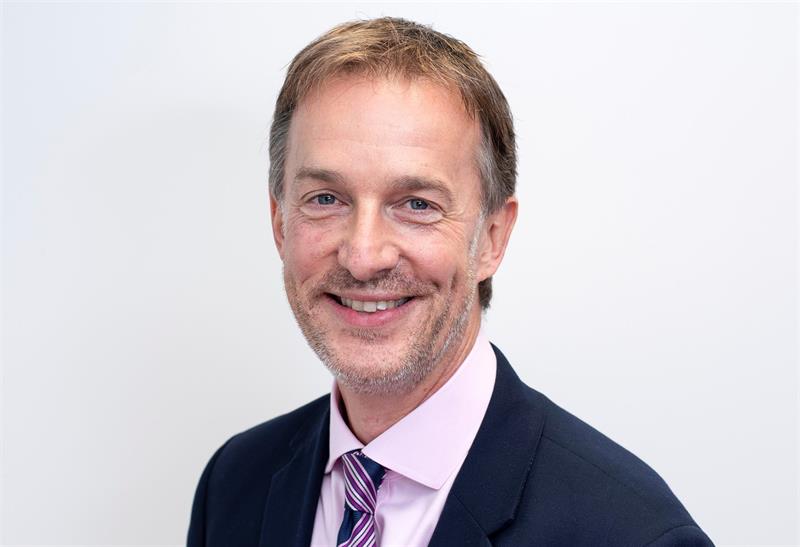 Andy was appointed as a Consultant Neurologist at The Walton Centre in 2005. He has a specialist interest in epilepsy, and remains part of the multidisciplinary team providing epilepsy services at the Trust.

Andy has previously provided an outreach neurology service to the Royal Liverpool Hospital and Arrowe Park Hospital, and currently runs a community general neurology clinic in Wirral. He was Director of Medical Education 2007-2013 and then Assistant Medical Director 2013-2016. He was appointed as Medical Director in 2016, and Deputy Chief Executive in 2021. 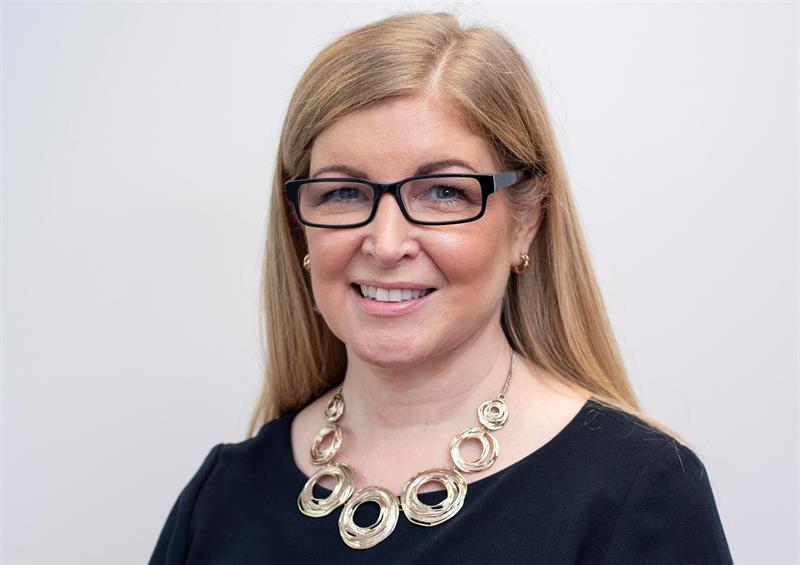 Lisa completed her nurse training in 1994 and has over 30 years’ experience working as a nurse in different organisations. After completing her nurse training at the Royal Liverpool and Broadgreen Hospital, Lisa held a number of senior nursing roles including Matron, Divisional Head of Nursing and Surgery, and Assistant Director of Nursing. She has also worked at Liverpool Heart and Chest Hospital.

Lisa joined The Walton Centre in 2017 as Deputy Director of Nursing and Lead Nurse for Neurosurgery and was appointed as the Chief Nurse in 2018. She is also the Executive Lead for Quality, Safeguarding and is the Director of Infection Prevention and Control.

Lisa holds a diploma in renal medicine, BSc Hons in Clinical Management and an MSc in Healthcare Leadership, the latter being as part of the NHS Leadership Academy. She has also completed several leadership and coaching programmes throughout her career. 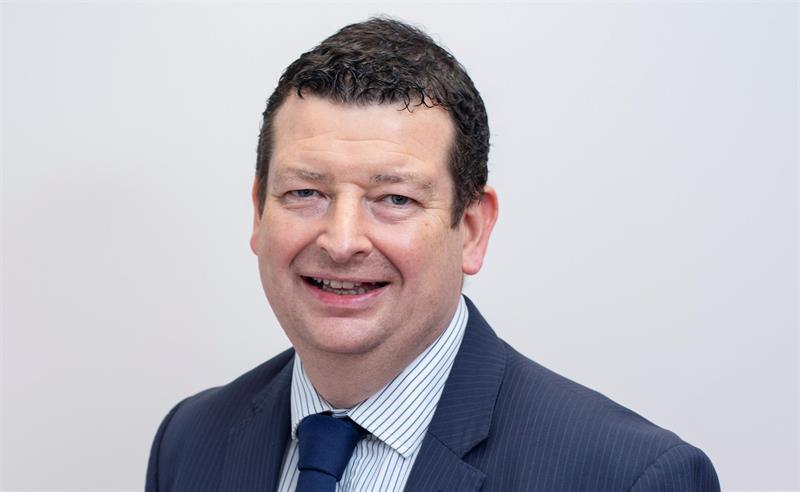 Mike joined The Walton Centre in 2012 as Deputy Director of Finance after previously working for the Strategic Health Authority and Wrightington, Wigan and Leigh NHS Foundation Trust. He qualified as a Chartered Management Accountant (CIMA) in 2001 after gaining a BSc (Hons) in Economics. Mike has worked in a range of sectors including consultancy, financial services, banking and retail. Mike took up the post of Director of Finance at The Walton Centre in 2016 and has responsibility for finance, procurement, capital, commercial development and corporate information. 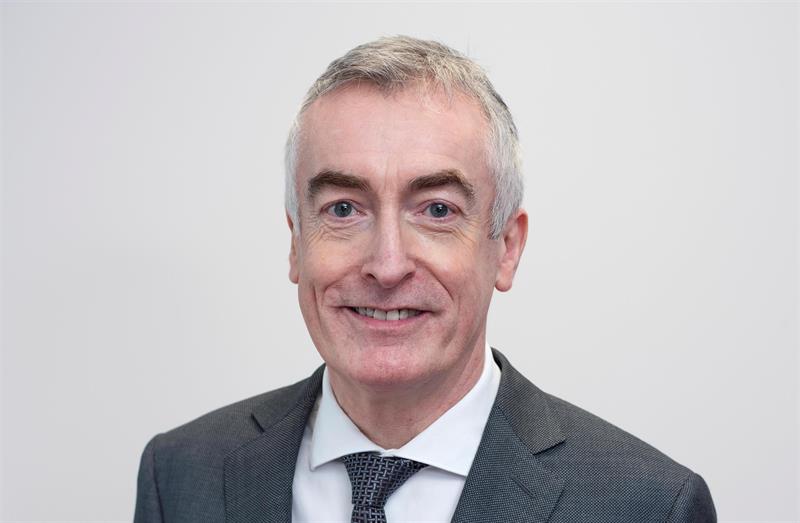 Mike is the Chief People Officer and has been a Board member at The Walton Centre since 2013. His portfolio includes responsibility for Human Resources, Organisational Development, Fundraising, Medical Education, Research, Innovation and Digital/Information Technology. He joined the NHS in August 2009 through the Gateway to Leadership Scheme. Prior to joining The Walton Centre he worked in commissioning for five years and has extensive experience in local government, including nine years with social services. Mike is qualified to Masters level in Human Resource Management and a Fellow of the Chartered Institute of Personnel and Development.

He currently undertakes a number of regional roles including the Management Side Chair of the North West Staff Partnership Forum, the co-Chair of the Strategic Workforce Group with Liverpool City Council and is on the Board for the North West Innovation Agency. His collaborative approach to leadership has enabled him to work across traditional boundaries both within the public and private sector. 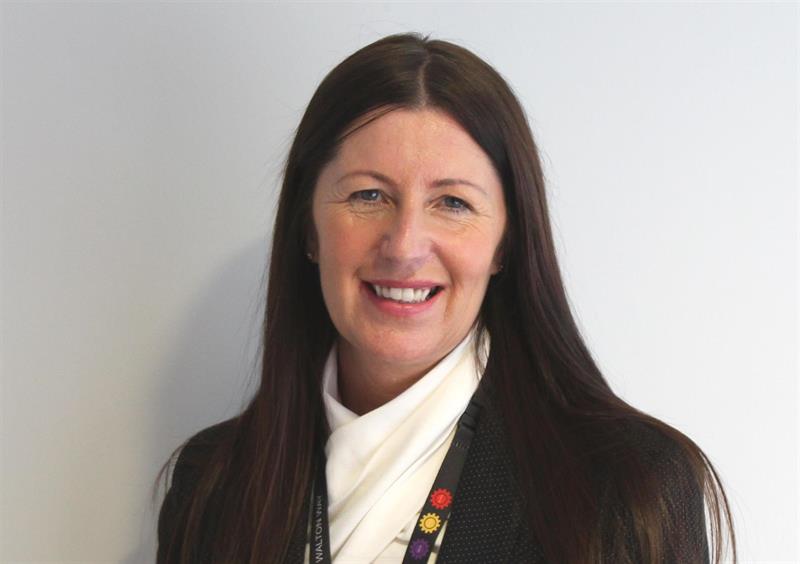 Lindsey qualified as a nurse in 1997, and has held a variety of senior nursing and operational roles across Cheshire and Merseyside. She joined The Walton Centre as Deputy Director of Nursing and Governance in April 2018 from Aintree University Hospital Trust. In April 2021 she was appointed to the role of Deputy Chief Operating Officer. Lindsey holds a BSc Hons in Health and Social Care Practice, an MSc in Advanced Practice and an MSc in Healthcare Leadership and Management. She was appointed as Chief Operating Officer at The Walton Centre in April 2022.